Posted on February 2, 2013 by sarascontent 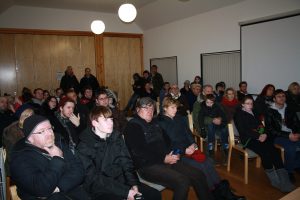 Despite a mixed weather forecast, a crowd of over 50 ventured to the Low Dalby Astronomy Centre in Dalby Forest for the February public observing event.  The evening started out with cloud and drizzle so attendees were given a talk on the Moon by society treasurer and Director of Occultations at the Society for Popular Astronomy, Mell Jeffery FRAS and an explanation of the recent Dark Sky Discovery award by secretary Andy Exton FRAS.  As this event was also a BBC Stargazing LIVE event, attendees were able to take away the 2013 Star Guide as well as watching the BBC’s short introduction DVD featuring Prof. Brian Cox. 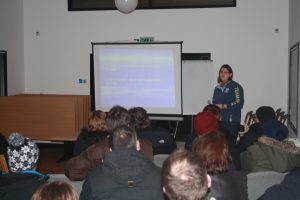 After the talk a number of telescopes and a set of astronomical binoculars were set up by the observatories for members of the public to look at up close and the chance to ask questions to the society members present, including Malcolm Hewitt, Neil Graham and Andi Jeffery.  After a while, the clouds did part and for the hardy souls who stayed around, they were treated to views of Jupiter and the Pleiades among other objects.  The observatories were opened up for people to look inside, and an explanation about the ongoing maintenance work was given. 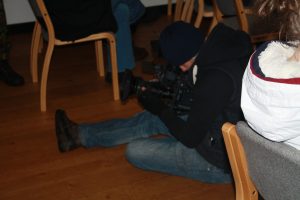 The society’s recently refurbished 12″ Dobsonian was set up inside the South dome, allowing the visiting film crew the chance to capture footage of a telescope in use from within an observatory.  Fortunately they were also able to capture some of the clear dark skies later on in the evening, and have promised to come back to a future event for more filming.  Many thanks to Classlane Media and North York Moors Tourism for including our event in their promotional filming schedule within the North York Moors National Park, and to all the public who came along and supported the event. 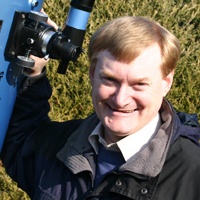 The final public observing night for the 2012/13 season is Friday 1st March, 8pm, before the nights pull out and twilight interferes with observing at sociable times!  Do join us at Ayton Village Hall on 15th February for a chance to hear BBC Sky at Night Magazine Reviews Editor and renowned amateur astronomer Paul Money FRAS FBIS giving a talk on the Messier Marathon.  The talk will begin at 7.30pm, doors open from 7.00pm with an entry fee of £2 for non members.  Refreshments will be available.