The Quadrantids is the first major meteor shower of the year, active between 1st and 6th January, peaking 2nd or 3rd and can produce zenithal hourly rates (ZHRs) as high as the Perseids and Geminids. However, the peak of the Quadrantids lasts only a few hours so showers of high intensity are rarely observed visually.  At its peak, it can produce 100+ meteors per hour.

Please download our Quadrantids radiant finder chart or see the star map below  (clicking will open a larger version) for the location of the radiant (both produced in TheSkyX Professional Edition). 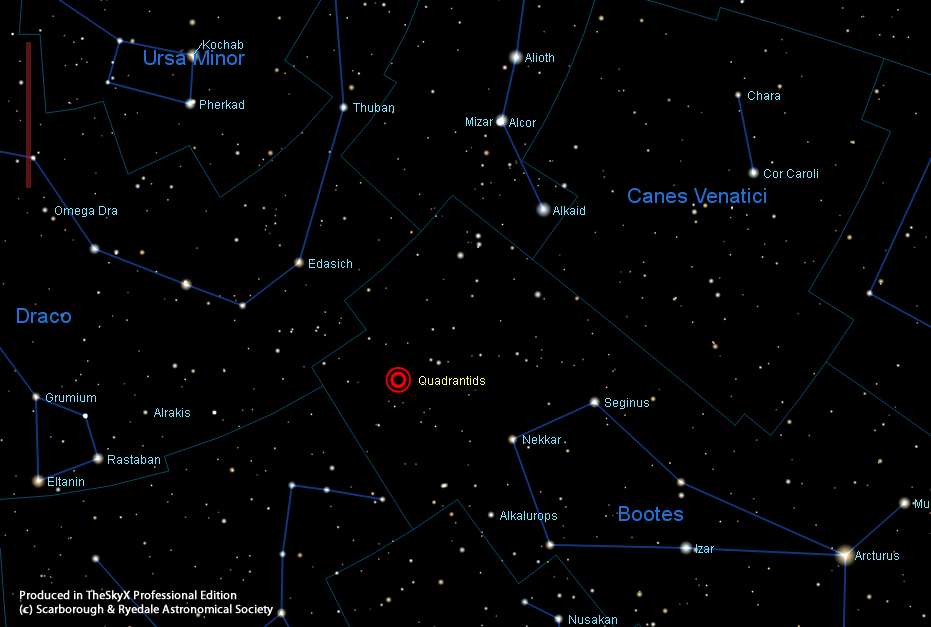