The Northern Taurid meteor shower is active between 19th October and 10th December, peaking 11th or 12th November, and can produce zenithal hourly rates (ZHRs) of over 5 meteors per hour.

Periodic comet 2P/Encke is responsible for the debris stream that creates the Northern Taurids as well as the Southern Taurids, created during its 3.3 year orbit around the Sun.  The shower is sometimes referred to as the “Halloween Fireballs” due to their appearance in late October / early November. Comet Encke and the Taurids are believed to be remnants of a larger comet that has broken up over the past 20,000 to 30,000 years due to perturbations with the planets. These perturbations have caused the debris stream to be spread over a large distance and as a result it takes several weeks for the Earth to pass through the stream.

Please download our Northern Taurids radiant finder chart or see the star map below  (clicking will open a larger version) for the location of the radiant (both produced in TheSkyX Professional Edition). 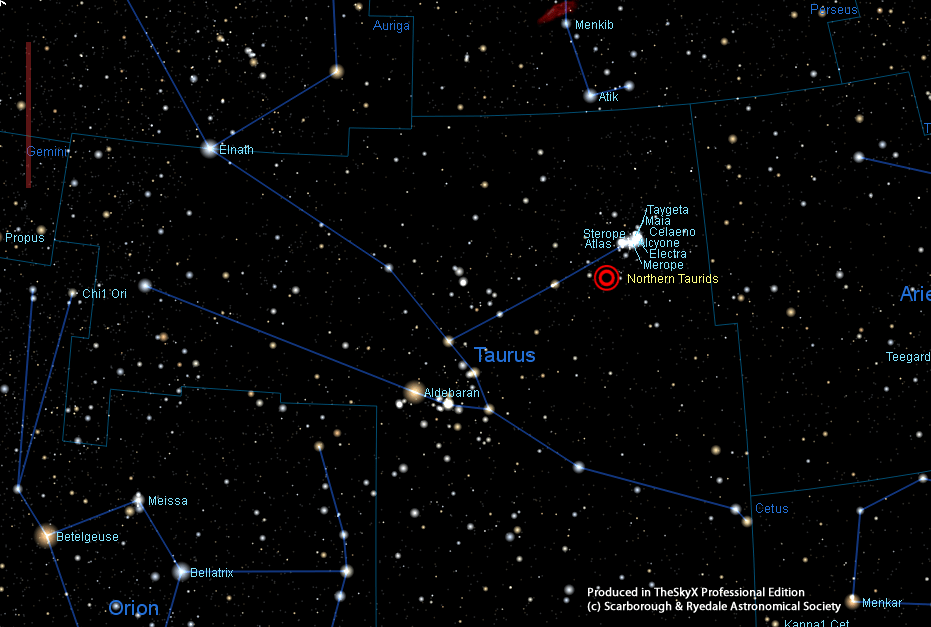