The Lyrids meteor shower is active between 16th and 23rd April, peaking 21st or 22nd, and can produce zenithal hourly rates (ZHRs) of over 25 meteors per hour. Although meteor showers normally reflect the constellation in which the radiant resides, in the case of the Lyrids, the radiant is close to the star Vega (Alpha Lyrae) but in the neighbouring constellation of Hercules.

Lyrid meteors can have magnitudes around +2 but “Lyrid fireballs” are common producing brighter meteors with smoke trails that can last for several minutes.  From time-to-time, the shower can produce showers of greater intensity as the Earth passes through denser regions of debris.  The shower of 1982 produced ZHRs of 90 meteors and records from 1803 showed around 700 meteors per hour at the peak of the shower!

The body responsible for the shower is the tail of periodic comet C/1861 G1 (Thatcher) and showers have been observed for over 2,600 years.

Please download our Lyrids radiant finder chart or see the star map below  (clicking will open a larger version) for the location of the radiant (both produced in TheSkyX Professional Edition). 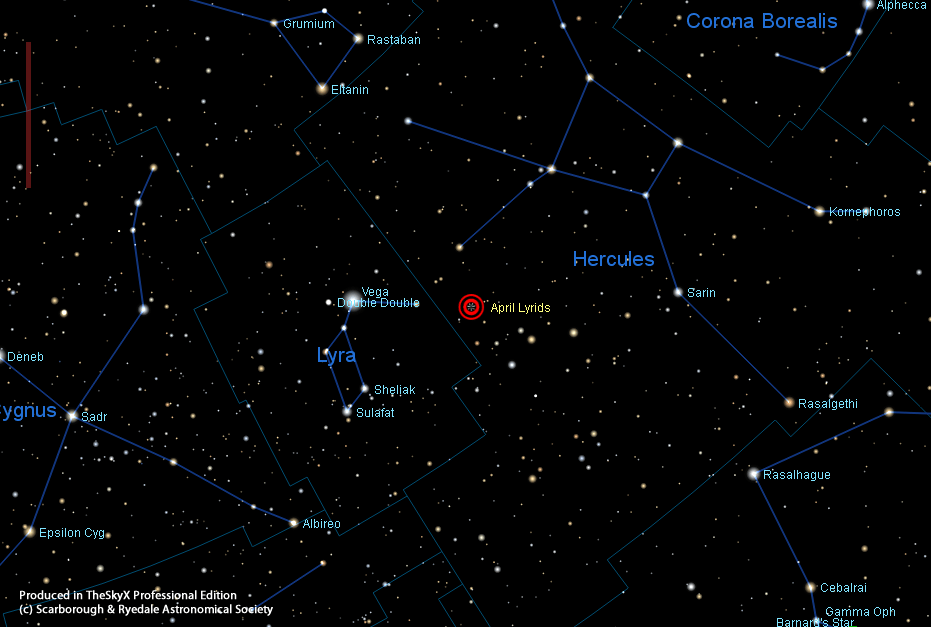