The Geminid meteor shower is active between 7th and 16th November, peaking 13th or 14th November, and can produce zenithal hourly rates (ZHRs) of over 120 meteors per hour. Geminid meteors are usually slow moving and are considered to produce consistent showers.

Please download our Geminids radiant finder chart or see the star map below  (clicking will open a larger version) for the location of the radiant (both produced in TheSkyX Professional Edition). 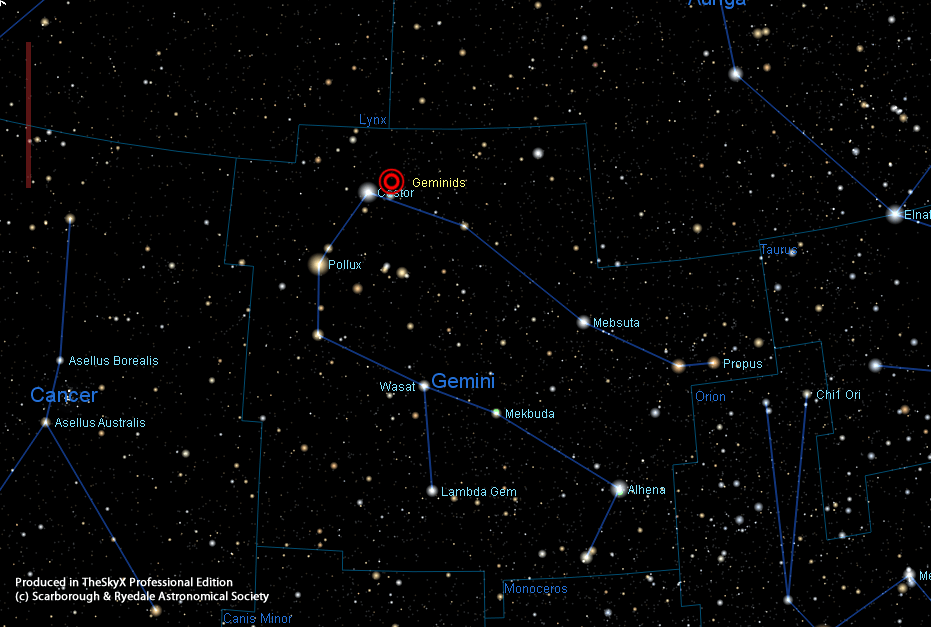