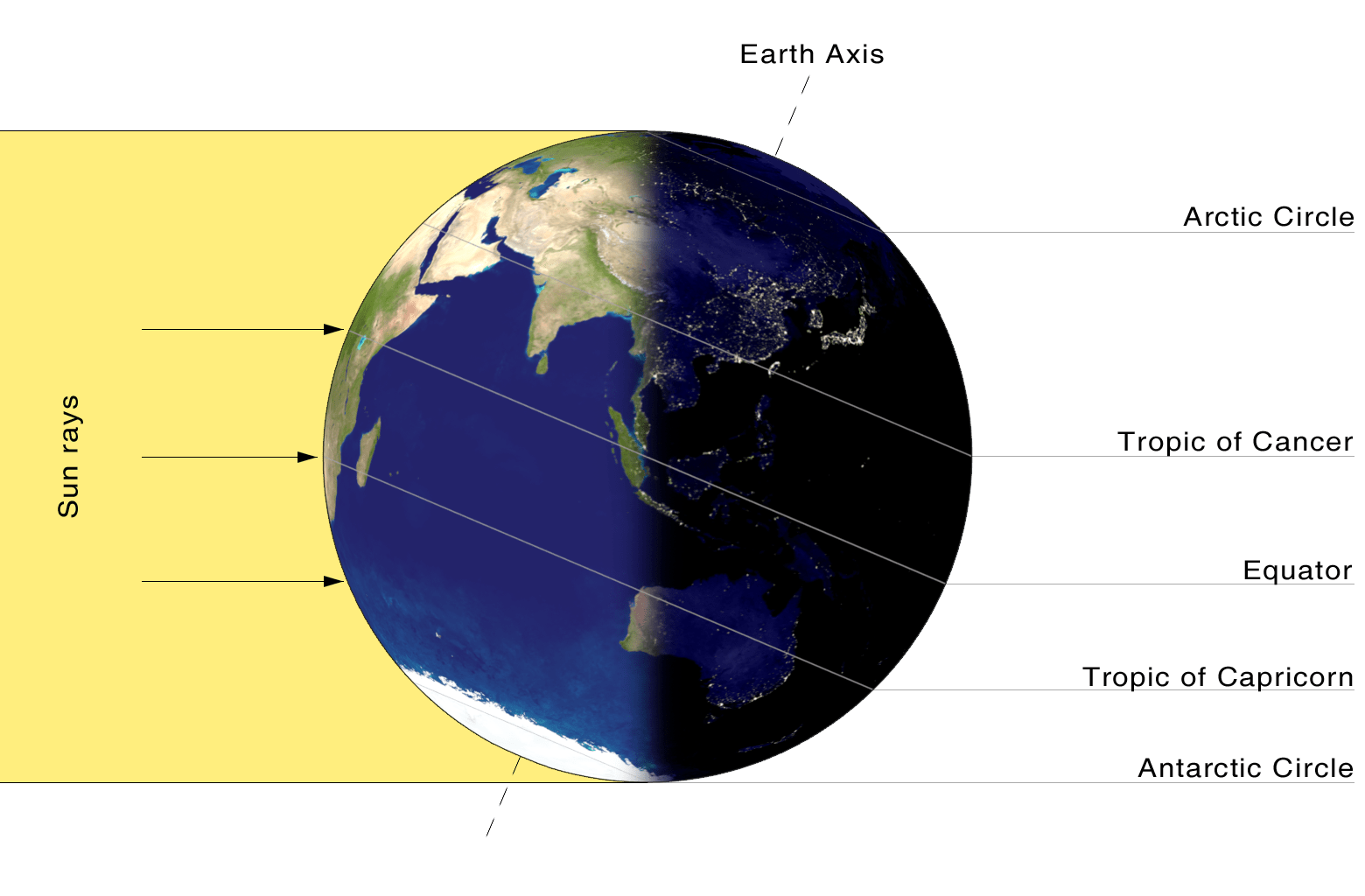 This afternoon at 17:11 UT winter officially starts in the northern hemisphere with the winter solstice.

The solstice occurs when the northern hemisphere of the Earth is inclined at a maximum angle (23° 26′) away from the Sun and results in the shortest period of daylight.  In fact, for residents within the Arctic Circle, 24 hours of darkness occurs and for those on the Tropic of Capricorn, the Sun will be directly overhead.  After the winter solstice, the daytimes lengthen and the nights become lighter and shorter.

The opposite occurs in the southern hemisphere that sees the summer solstice at this same time.  The reverse of this event occurs with the northern solstice on June 21st 2014 at 10:51 UT.

This entry was posted in News and tagged Arctic Circle, Earth, northern solstice, solstice, summer solstice, Sun, Tropic of Capricorn, winter solstice. Bookmark the permalink.
This website uses cookies to improve your experience. We'll assume you're ok with this, but you can opt-out if you wish.Accept Reject Read More
Privacy & Cookies Policy
Necessary Always Enabled