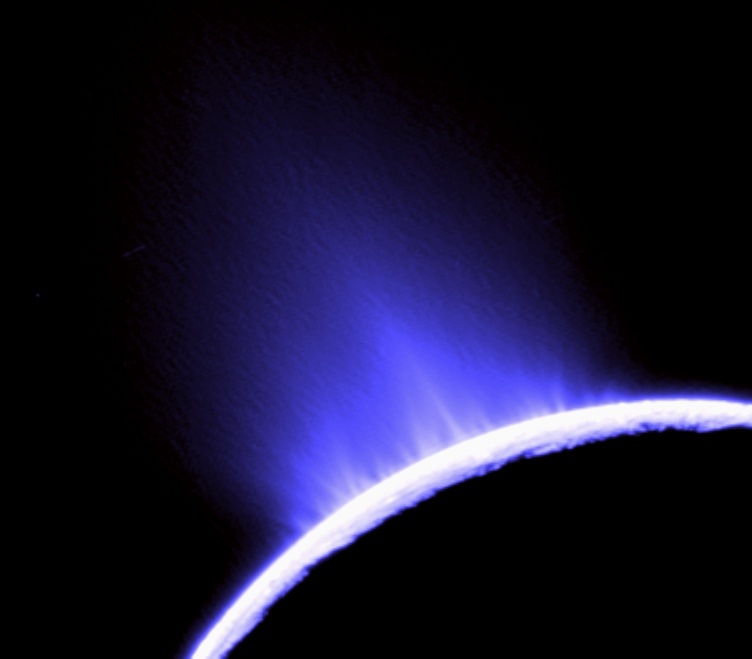 The society was visited on Friday 19th July by Dr Chris Arridge of the Mullard Space Science Laboratory (MSSL) at University College London (UCL).  Chris delivered a talk entitled “Space Chemistry”; a talk he originally developed for the International Year of Chemistry in 2011.

The talk focused mainly on the processes that have been observed on the satellites of the gas giants by the likes of the Voyager, Galileo, Cassini and New Horizons space probes.  Satellites included Io (the most volcanic body in the Solar System with its sulphurous plumes and torus), Enceladus (with its geysers of water feeding the E-ring of Saturn), Europa (with its sub-surface salty ocean), Ganymede (differences between polar and equatorial surface colour due to the satellites magnetosphere) and finally Titan (with its dense methane atmosphere and meteorlogical system).

Chris then discussed the future JUICE mission (Jupiter Icy Moon Explorer) and the possibility of future probes visiting the planets of Uranus and Neptune  along with their satellites and the types of instruments that may be included such as penetrators.

Many thanks to Chris for visiting S&RAS and giving us a fantastic talk.  We look forward to welcoming you back in the future to learn more about the planetary bodies of the outer Solar System.