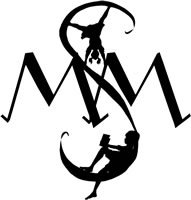 An early evening of stargazing was arranged, but unfortunately the weather didn’t play ball. Although the Moon and Jupiter could be seen initially, it was evident that it wasn’t to be for long, so I gave a talk to the young children inside.

I talked to them about the constellations and the planets, nothing in too much depth as they are pre-school age children. They also got to see the scale of the solar system in miniature using fruit and vegetables, oh and a peppercorn! The highlight of their night was looking at their own reflection in the mirror in the bottom of the 8” dobsonian telescope and when looking through the focuser (minus eyepiece) they could see whom ever was looking down the tube! – always a big hit with the younger children.

I left them with a page of stars for them to create their own constellations, a colouring in sheet of planets and chart on which they could record the moon as they see it over a period of a month.

They asked if I would be able to help them again with the subject of astronomy as it is part of their curriculum and they also gave us a charitable donation.