S&RAS were invited once again to the Dalby Explorer Day on Sunday 9th July 2017.

Bryan Moiser, Jon Borgia and Neil Graham manned the S&RAS stand in the main event area, with the other invited organisations.
John Harper & Sheila Anderson opened the Domes for the public to see the 12″ Meade SCT and 16″ Meade Lightbridge.

The theme of the event was “Footprints”.
Bryan put together images and information relating to footprints on the surface of the Moon and Sheila provided ceramic representations of the topography of the landing sites of Apollo XV, XVI & XVII.

Solar viewing was available for the Public thanks to Bryan, Neil and John through various methods, Hydrogen Alpha, Visible Light and projection through binoculars.

The patchy cloud was kind and the Sun was visible most of the time the public stopped by our stand, drawing interest in the society for both prospective new memberships and interest in attending the upcoming public viewing nights. 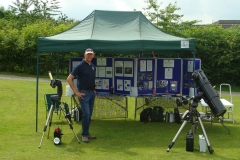 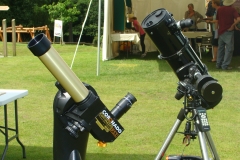 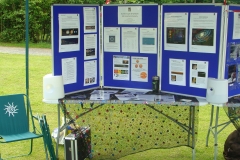 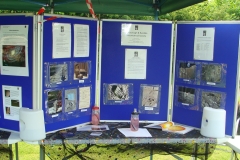 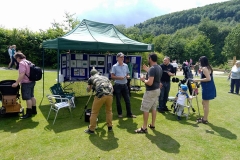 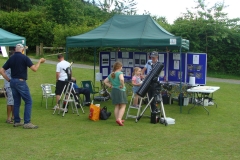 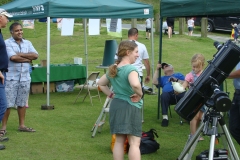 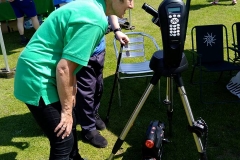 This entry was posted in Events, News, Public Observing, Public Outreach. Bookmark the permalink.
This website uses cookies to improve your experience. We'll assume you're ok with this, but you can opt-out if you wish.Accept Reject Read More
Privacy & Cookies Policy
Necessary Always Enabled