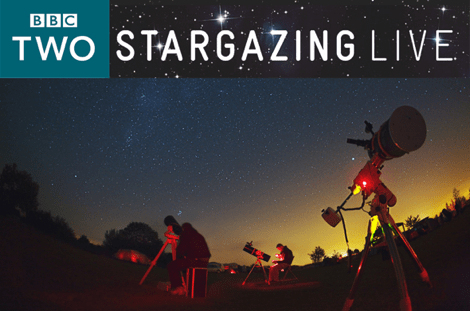 Unfortunately due to unforseen circumstances, we have had to cancel the planned event in Dalby Forest to coincide with the BBC Stargazing Live series this year.

The event, which was planned for 21st March, would have been our final public session for the season.  The TV series airs on BBC2 between 18th and 20th March to coincide with the partial solar eclipse.

Our public observing programme has therefore now finished until next season, and will start again on Friday 2nd October.  Further details for the 2015/16 series of public events will be published on our events calendar nearer the time.

This entry was posted in Events, Public Observing and tagged BBC Stargazing Live, Dalby Forest, Public Observing. Bookmark the permalink.
This website uses cookies to improve your experience. We'll assume you're ok with this, but you can opt-out if you wish.Accept Reject Read More
Privacy & Cookies Policy
Necessary Always Enabled