Posted on January 9, 2013 by sarascontent 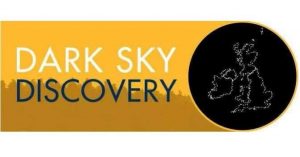 Some great news for the society and North Yorkshire was received on Tuesday 8th January.  To coincide with the start of the third series of BBC Stargazing LIVE, Dark Sky Discovery UK announced 6 new dark sky sites.  Of the 6 sites, Dalby was the only one in England; with another in Scotland and the remainder in Wales.

Dark Sky Discovery is a partnership including both environmental and national astronomical organisations with aims including engaging people with the night sky, supporting dark sky places and tourism and developing a national network of dark sky communicators.

The site of the Low Dalby Astronomy Centre has been awarded the Milky Way class due to its low light pollution levels.  The Milky Way is very prominent from the location on clear nights along with many deep sky objects including nebulae, star clusters and galaxies.  The other class of sites awarded by Dark Sky Discovery is Orion class which is generally for urban skies where fewer stars are visible due to high levels of light pollution.

In essence, the award is a kite mark of the quality of the skies and will certainly help put Dalby on the map.  Along with Dalby, other notable sites within England that have the Milky Way class are Sutton Bank (also in North York Moors National Park) and the Kielder Observatories. 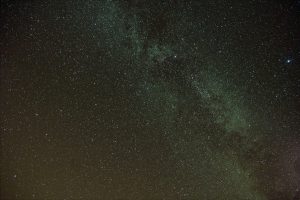 For anyone wanting to come along to witness the dark skies of Dalby for themselves, the society hosts a series of public observing sessions on the 1st Friday of each month between October and March.  Further details can be found on the events page.  Also, astronomers from across the country visit Dalby each August to attend our annual star camp, Starfest.  Details of the 2013 Starfest will be released shortly.  Society members can enjoy the dark skies all year round, as use of the observatories and society equipment are among the benefits of membership.

Scarborough and Ryedale Astronomical Society led the application process along with the support of Tanya Rex (Recreation and Public Affairs Manager for the Forestry Commission, Dalby Forest) and Chris France (Director of Planning for North York Moors National Park Authority).