Posted on October 6, 2013 by sarascontent 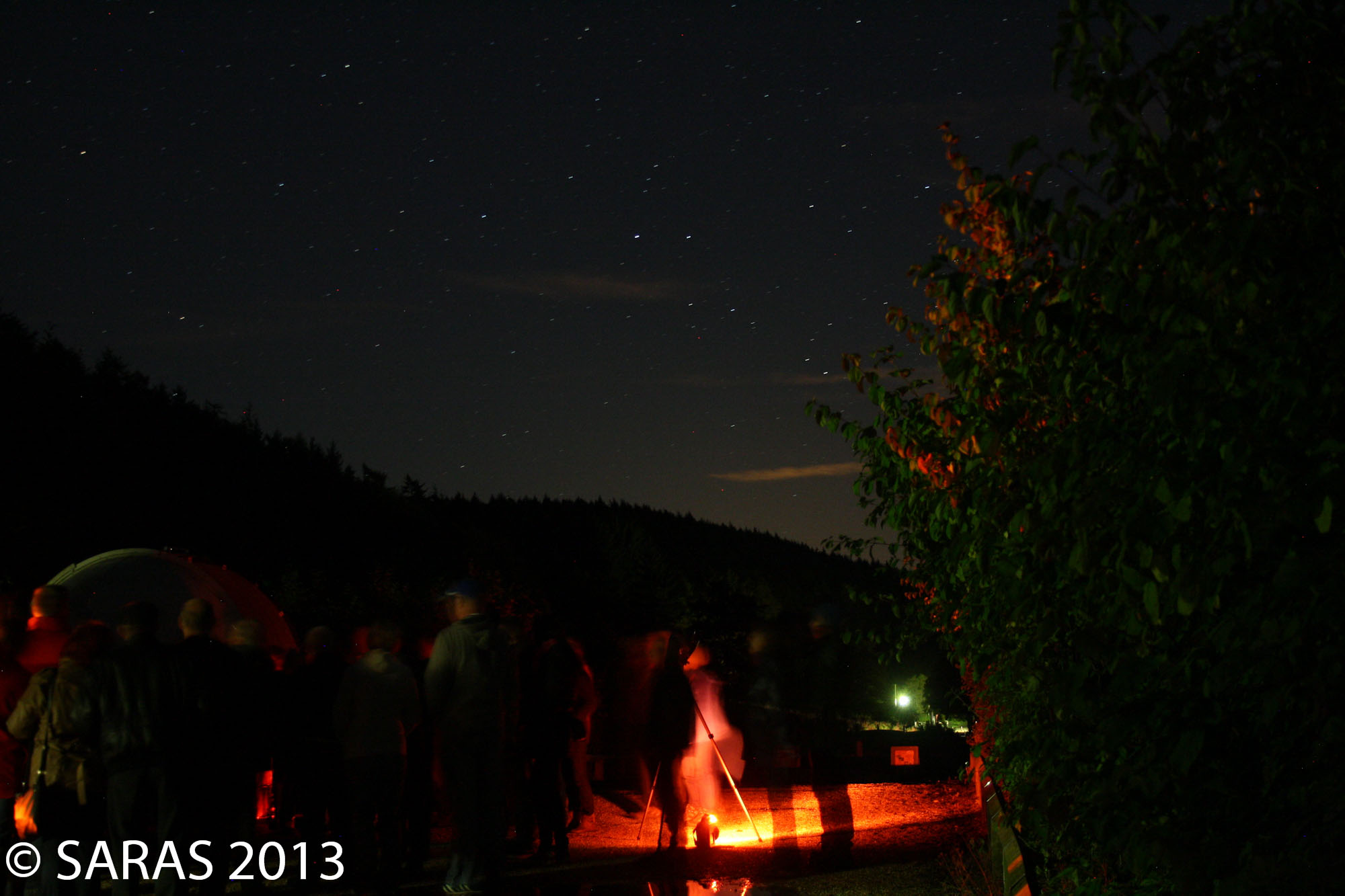 Public stargazing events returned to Dalby Forest on Friday 4th October with the first event of the 2013/14 season.  A group in excess of 50 members of the public joined society members at the Low Dalby Astronomy Centre despite a forecast of a part cloudy sky.  Society chairman Howard Watson welcomed everyone to the event and gave a short tour of the night sky including pointing out the pole star Polaris, the circumpolar constellations of Ursa Major and Cassiopeia and the Milky Way that was clearly visible.  Treasurer Mell Jeffery FRAS and secretary Andy Exton FRAS then allowed the public the chance to look through a pair of the society telescopes; a 12″ Dobsonian reflector and the 16″ Meade Lightbridge.

However, the clouds soon rolled in and everyone relocated into the Forestry Commission Visitor Centre for a pair of talks.  Howard firstly gave an illustrated talk on the motion of the stars, introduced scale via the use of fingers / hands on the night sky and advised on the size of binoculars required for starting out in the hobby.  Following that, Andy gave a talk entitled “The Autumn Sky” covering a number of constellations visible at this point of the year including Andromeda, Pegasus and Pisces and the deep sky objects (star clusters, nebulae and galaxies) within them that would have been visible throughout the evening had the clouds not rolled in.  Despite the disappointment of the cloudy conditions, the feedback from the public was very positive and we look forward to welcoming several back for future events.

The next society public observing event takes place on Friday 1st November 2013.  Additional details can be found on the event page.  In addition to our series of monthly stargazing evenings in Dalby Forest, we have our first talk of 2013/14 coming up on Friday 18th October.  Our monthly talks are held at Ayton Village Hall, 7pm for a 7.30pm start, with a small charge of £2 for non-members.