The society set up ready for Dalby Explorer Day

On Sunday 2nd June 2013 the society was a part of the annual event held in Dalby Forest previously known as Dalbyology.  The event sees both national and local organisations come together in the forest for the day to promote various areas of science including astronomy, ecology and geology as well as local crafts.  Each year sees the event having a particular theme and this year was ‘habitats’. 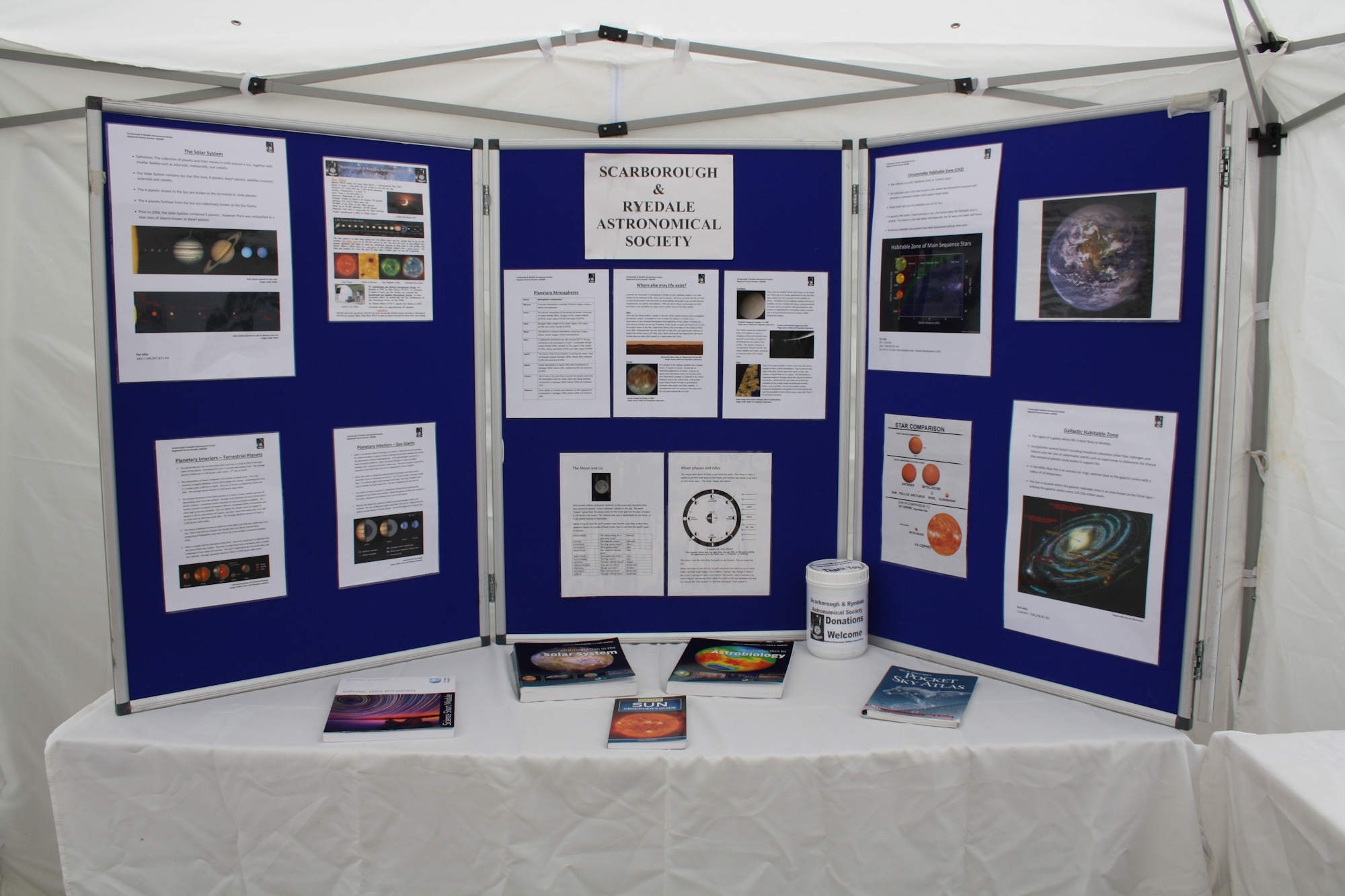 Display of SARAS relating to the theme of habitats

The event happened to be held on a bright day with some long periods of  sunshine.  The presence of the Sun allowed many visitors to the forest to observe the Sun for the first time safely through members’ Coronado PST telescopes and also solar glasses.  The observatories were open throughout the day allowing visitors to look up close at the society telescopes and learn more about the facility. 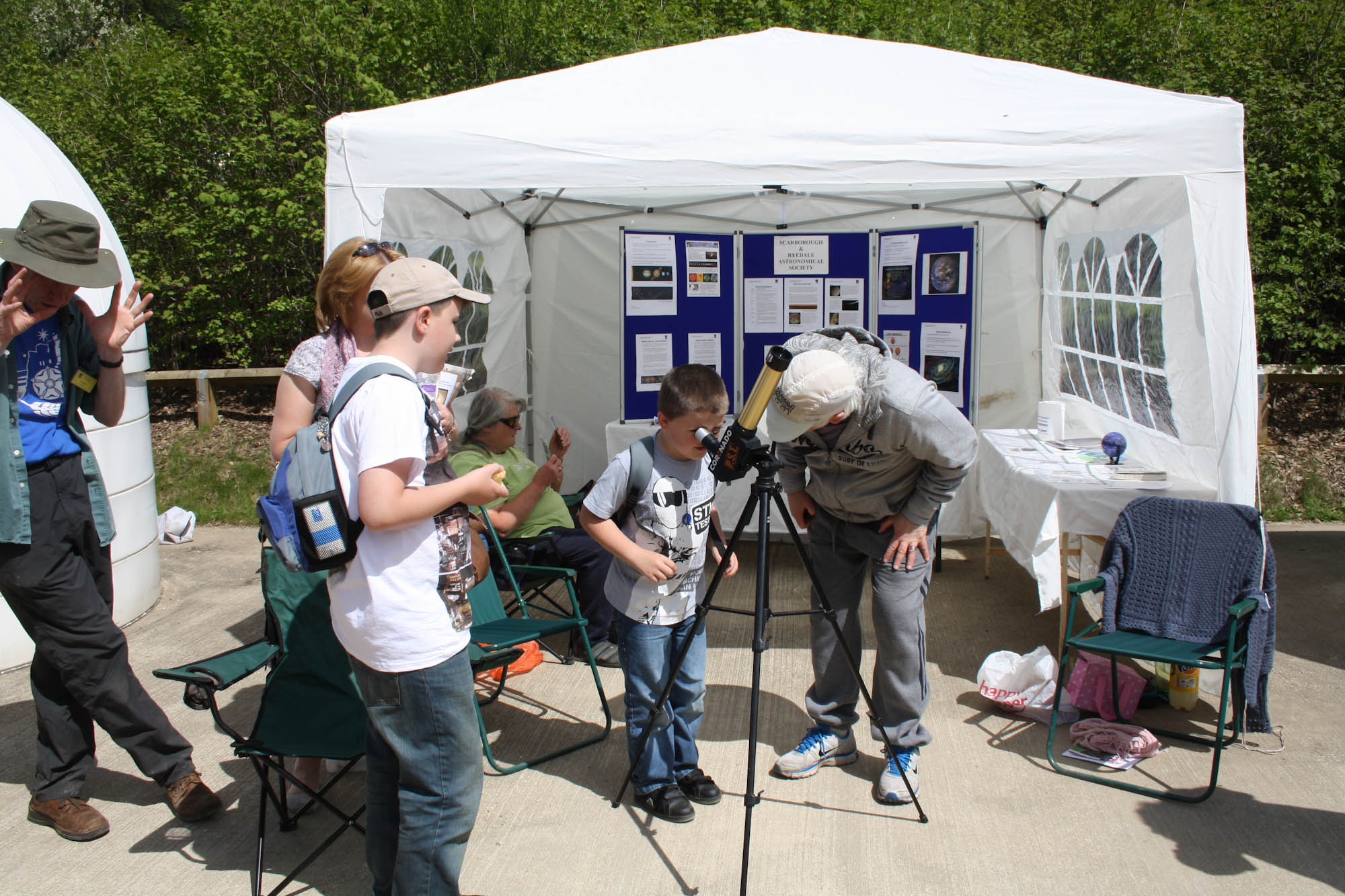 To tie in with the theme of habitats, the society created a display that included the planetary interiors and atmospheres, information on both circumstellar and galactic habitable zones as well as bodies in the solar system that are of interest to scientists searching for life including Mars (with some recent images taken by the Curiosity rover), Europa and Titan.

Society members present at the event were secretary Andy Exton FRAS, Laura Exton, Howard Watson, Susan Mimmack, Sheila Anderson and society founder John Harper FRAS.  Many thanks to all those who helped with the running of this successful day.

A gallery of the photos taken during the day has been uploaded to the society website.