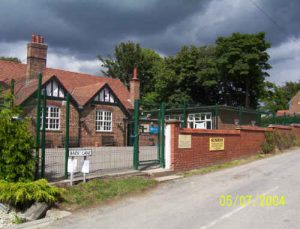 Scarborough & Ryedale Astronomical Society were invited to provide an Astronomy Night for the pupils, parents and teachers of Leavening Community Primary School on Wednesday 13th March.

The event started with a tour of the Solar System in the school hall by society treasurer Mell Jeffery FRAS whilst the skies darkened outside.  The talk covered the terrestrial and gas planets, moons (satellites), asteroids and the dwarf planet Pluto.  Following this, the children and parents asked numerous questions both on the objects in the solar system as well as some deeper space objects like galaxies and black holes.

The skies darkened and the clouds stayed away so everyone relocated outside to look through the telescopes of Mell, society treasurer Andy Exton FRAS and committee member Howard Watson.  Among the delights visible were a thin crescent Moon, Jupiter, the Orion Nebula and Pleiades.  Plenty of interest was shown by all with further questions about the telescopes, constellations and the objects visible in the telescopes.  Despite attempts, we were unable to see Comet C/2011 L4 (PanStarrs) on this occasion whilst low in the west.

Overall a thoroughly enjoyable evening at the school made even better by the weather being kind.  Many thanks to Leavening Community Primary School for the invite and hopefully we will see you again sometime.