Our Observatories and Dalby Forest

We are very fortunate to have a good relationship with the local Forestry Commission who provide us a dark sky site in Low Dalby (Dalby Forest) where we hold our public observing events.  Our society observatories are also located here so our members can take advantage of the dark skies all year round.  When we say dark sky, we really mean dark!  Dalby Forest is a 3,440 hectare forest situated within the boundaries of the North York Moors National Park and Low Dalby itself is a very small village inside the Forest.  The location of the observatories is away from the small number of properties and therefore we get absolutely no light pollution from nearby dwellings.  The surrounding horizons are dense trees, and the observatories sit in a natural valley looking South.  We hold our annual Starfest star camp at a different area within Dalby Forest, but visiting members have said that “…the Dalby forest night appears as good as “Kielder” and definitely darker than the Kelling Heath sky in Norfolk…” – Mick Phipps. 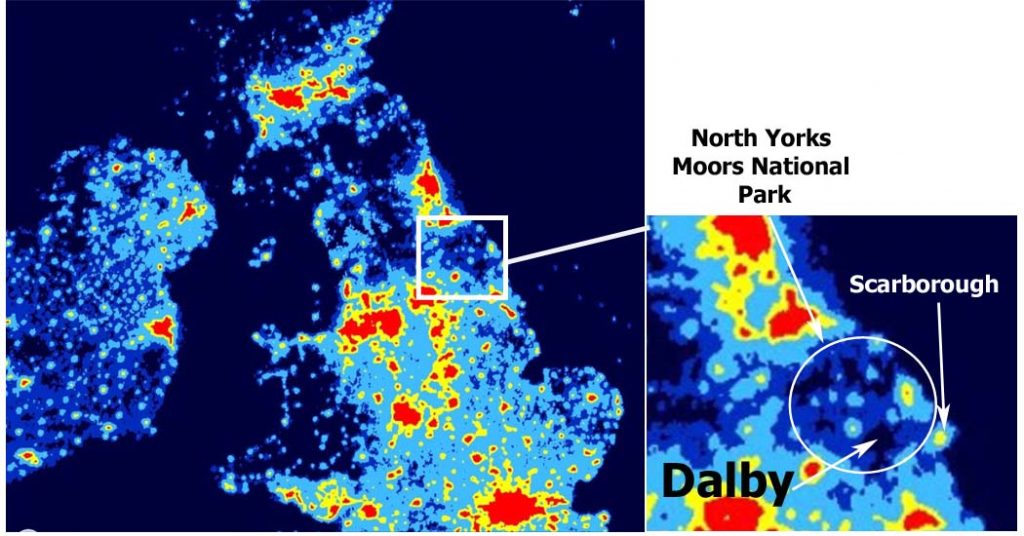 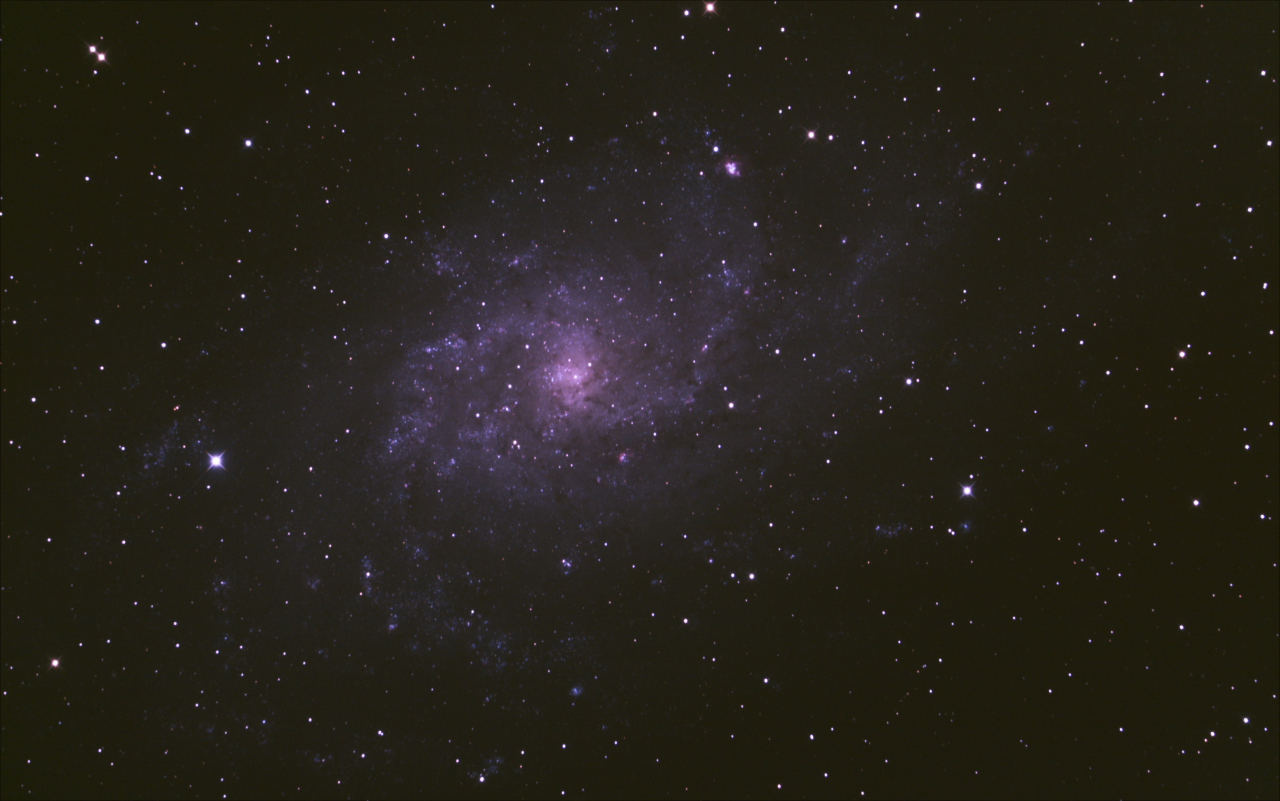 As you can see from the map above, Dalby Forest is located in a dark blue area, which represents minimal light pollution.  The lighter the shade of blue, the more light polluted the skies.  The yellow and red areas are urban areas with excessive light pollution, and are the UK’s larger towns and cities.  For comparison, the large expanse of dark blue near the England/Scotland border region is roughly the outline of the Northumberland National Park and Kielder Forest Park, where the Kielder Observatory is located.  There is little wonder astronomers travel from all over the country to visit our annual Starfest and take advantage of our dark skies. 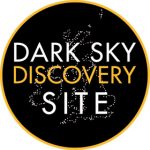 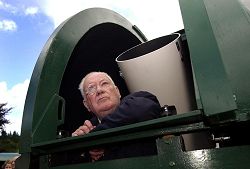 In September 2001, Sir Patrick Moore, FRAS, came to Low Dalby to open our original observatories at the Low Dalby Astronomy Centre.  This was a UK ‘first’ project between the society and the Forestry Commission, intended to “exploit the woodland’s pristine dark skies” (Forestry Commission, 2001). 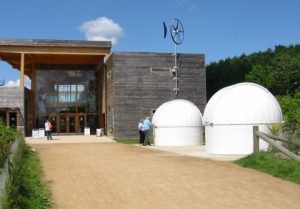 By 2008, the original observatories had been replaced and relocated outside the new Forestry Commission Visitor Centre.  When you come along to a public observing event, this is where we meet.  The site of the domes is fully accessible from the nearby car park.

We also hold an Autumn event with the Forestry Commission each August, along the theme of a ‘Nightwatch’ to combine the joys of nocturnal wildlife with stargazing . In 2012 and 2013 this was ‘Bats and Stars’.  These events are very popular with the public. 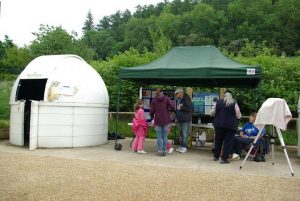 Each June/July, we contribute to Dalby Explorer Day (formerly “Dalbyology”) which is organised by the Friends of Dalby Forest.
This event is based on a theme, and all the contributing charities and organisations attending put on a display or activity based around this theme.
In 2013, the theme was ‘Habitats’ and SARAS had an exhibition about atmospheres on other planets and places in the Solar System where life may have evolved, for example.
We also discussed the Sun and had several solar telescope set up for the public to see our Sun in action.