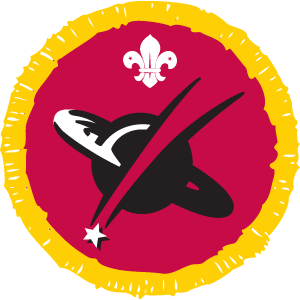 Another group of around 15 Cub Scouts started work towards their astronomer activity badge on Monday 25th February.  Andy Exton FRAS visited the Cubs of 2nd Scarborough Earl of Londesborough at their hall and despite clouds and no observing of the night sky, the group still had a great time.

The early part of the evening saw the Cubs being joined by the Beavers on the start of a tour of the Solar System.  Andy’s talk covered the Solar System objects (Sun, planets, satellites, dwarf planets, asteroid and comets) before progressing to constellations of the northern hemisphere.  The Cubs were full of questions throughout on both the content of the talk plus other astronomical objects.

The Cubs will complete their badges shortly and were also given copies of the BBC Stargazing LIVE guide to provide them with additional information.